Draft Minutes of the meeting held on Wednesday June 8th 2022 at 7.30pm in the Church Street Rooms, Corby Glen.

It was reported that the Parish Council web site has been unavailable for most of the day, and although now available, it is out of date.

A resident reported issues with the quality of the mowing recently. The chairman explained that the contractor had had problems with a staff member on long term sick.

It was reported that the resident on St John’s Drive had expressed his disappointment that comments have been made about his hedge although other hedges elsewhere in the village are equally overgrown. A councillor suggested that in future resident with complaints about hedges should be referred to LCC Highways. In order to protect nesting birds, it is recommended that hedges are not cut between March & September.

75/20 Superfast Broadband: Cllr Cook was pleased to report that the scheme has now been signed off by the government and those interested have been informed. He explained the process from here. The possibility of waiting for the new houses was discussed, but it was felt advisable not to introduce any further complications / delays.

55/20 Speeding in the village: 2 new volunteers have joined as a result of the leaflet drop. They are now awaiting training as the process has been changed without notice. Weekly monitoring sessions continue. The equipment is on loan from Colsterworth on a long-term basis. It was suggested that a ‘mock’ speed gun could be used as a deterrent, but the legality and advisability of this undermining the village CSW was questioned.

09/16 Neighbourhood Planning: Continuing funding has been applied for. The consultant advisor will continue to support the group. The group are still trying to resolve areas of disagreement with SKDC. It is hoped to link the referendum to the local elections in May 2023.

18/22 Road Names for Swinstead Road development: After much discussion it was agreed unanimously to propose West Glen Way for the primary road, and Round House View and Valley Close for the subsidiary roads, reflecting the geographical location on the edge of the Glen valley and the historic Round House nearby.
It was suggested that the council consider a list of 10 names for future developments to minimise delays in future.

It was deemed important that the council should have a web site which is robust, flexible, and fit for purpose as the role of a web site in promoting the village and its businesses is increasing in the current climate. Anyone accessing either of the old sites would be automatically connected to the new site.

Concern was expressed and noted that there is no provision in the current budget for the significant cost of redeveloping the site. However, it was considered of sufficient significance to justify using the council’s reserves. The next budget should include £150/year for hosting the web site on a commercial server.

It was agreed by a majority (7 for, 1 against) that Cllr Cook should arrange for the consultant to re-develop the council’s web site as soon as possible at a cost of £960 (including VAT). Cllr Cook will work with the consultant to agree the structure and material to be included, and the price includes basic training for the clerk (and other councillors if required) in limited routine maintenance.

Clerk’s appraisal to be carried out with Cllrs Walsingham & Silabon.

S22/1002 M Hamblin – The Presbytery, 32 High Street, New dwelling in garden:
Councillors were surprised that no residents had reported concerns regarding the project, although it was noted that the yellow signs had been placed some distance away.
It was agreed by a majority (6 for, 1 against, 1 abstention) that the council would raise no objection in principle. However, the clerk was requested to express the council’s concern about the height of the dwelling, that it is to be built so close to the High Street, set forward to the building line and that the blank gable end facing the road will detract from the aesthetic appearance of this area. Clerk to respond accordingly.

S22/1005 Swinstead Road Housing development – Reserved Matters: Cllr Robins explained that the application was for detailed design issues. The council did not wish to comment.

S21/1841 David Wilson Homes Development (199 dwellings) – S106 funds (bus stops): Bus stops are to be sited near this development. The developers were prepared to construct bus shelters, subject to the council taking on their maintenance. The council believes that bus shelters are unnecessary due to lack of bus services in the village. Councillors agreed unanimously that they are not prepared to undertake to maintain them.

07/21 Playground Equipment Maintenance (notably the state of the seesaw):

Cllr Cook noted that much of the wood is varnished. Therefore, the varnish would need to be removed before further maintenance. To be discussed further at the next meeting. In the meantime, Cllr Walsingham will investigate the options for putting the stepping post back. The possibility of sponsorship of items of equipment should be considered.

46/21 Queen’s Platinum Jubilee: Events considered to be a great success – despite the inclement weather on Sunday. The chairman thanked all concerned, especially Cllrs Clink and Andrew for their hard work. The clerk was requested to write and thank all those concerned for their contribution, notably the Bowls Club, WI, Ron Dawson Committee, the Woodhouse and named individuals.

It was noted that the beacon will need sanding and re-painting before it is used again.

A book of photos was produced for the Diamond Jubilee. All were requested to email any photos to Cllr Clink for collating.

01/22 Consider replacing Christmas Tree Lights: Cllr Cook has looked into this further and believes that a real tree could be erected and new, less heavy, lights added safely (estimated cost £260), but the issue of power remains. Western Power have quoted £2,913 to connect power to the Market Cross area. This may need to be considered next year along with options for funding. If purchased, flagpole lights could be put up near the A151 (possibly in Cllr Harwood’s paddock near No.10).

13/22 State of Trees, (especially trees by beacon, new trees, future trees): Councillors were requested to each take responsibility for several of the new trees and water them over the summer. Cllr Walsingham will allocate trees to councillors & inform the clerk. Clerk to issue regular reminders.

19/22 Use of S106 funds from DWH development / residents’ consultation: It was suggested that 5 options should be drafted for presenting to residents, possibly at a special meeting. It was noted that the DWH development is likely to take over 3 years to complete.

22/22 Best Kept Village Competition: Corby Glen would come under the Medium Village category. The competition is judged in July and there is a cash prize. Judges would be considering the main road and the centre of the village. Cllr Clink has contacted the organisation for feedback from last year, and suggested a campaign with notices around the village. It was noted that the footpaths are very weedy – it is believed that these are SKDC (or LCC?) responsibility. Cllr Robins offered to look into what could be done & communicate with the clerk.

23/22 Mussons Close Land – purchase options: Bids from residents have been collected anonymously and collated by the clerk. A letter to the owner explaining the situation regarding any potential purchase will be drafted on behalf of the residents – contents of the letter to be agreed by email. Cllr Clink assured councillors that no public or Parish Council funds would be requested as it is not appropriate to use public monies in this situation.

24/22 Kerbs on Swinstead Road by Ron Dawson Hall: To be raised during the site visit on June 24th.

25/22 Deer problem/s: The clerk had contacted all other clerks in the local area, and none reported any particular problems. Although the problem seems to be increasing, it is believed that it is not deer escaping from managed herds that are causing the problem, but there does not seem to be any action open to the parish council.

27/22 Cut back foliage around speed signs on A151: Cllr Fowler had obtained a quote of £60 to rectify the problem. Accepted unanimously.

The next regular meeting will take place at 7.30pm on Wednesday July 13th 2022 at the Willoughby Gallery.

Previous:
Minutes for May 2022 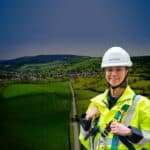 Next:
We need you to pledge to use FTTP Fibre broadband so we can access £215K of Government funding